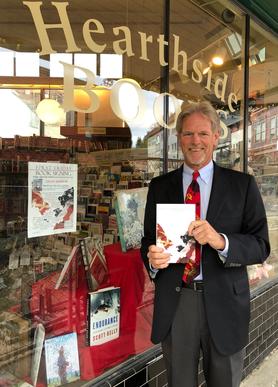 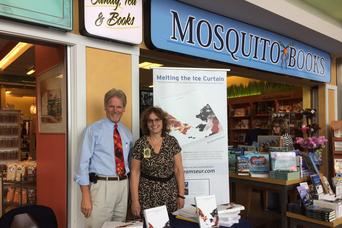 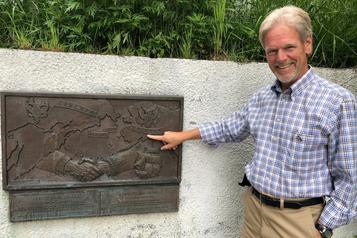 David was pleased to get reacquainted with Jim Stimpfle and his family during a Nov. 1 visit to Nome. Jim is one of Alaska's pioneers in Melting the Ice Curtain.

Then gubernatorial press secretary David Ramseur and Alaska reporter Bruce Melzer tend to work on an Aeroflot plane over the Soviet Far East in 1989 during a visit with Alaska Gov. Steve Cowper. 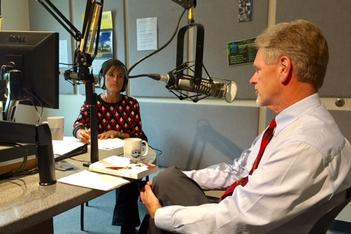 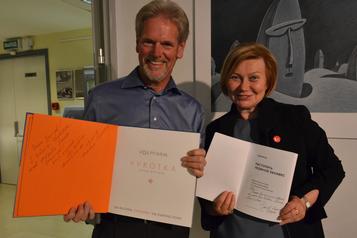 Local Chukotka author Ida Ruchina presented David a copy of her latest book about this Far-North Russian region during his visit to the Far East in 2018. 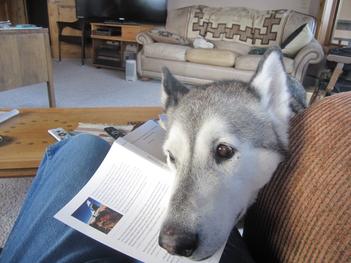 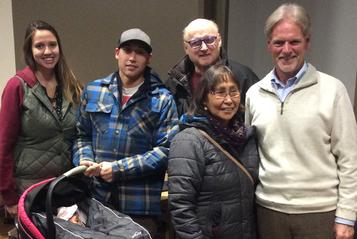 David discussed his book and overall US-Russia relations during a visit to the North Carolina Blue Ridge mountains for his 45th high school reunion in September 2017.

David visits the memorial to Vitus Bering in Petropavlovsk-Kamchatsky, Russia, in July 2018. In 1725, Bering was sent by Russian Czar Peter the Great to explore the strait between Asia and North America to determine if they were connected by land. 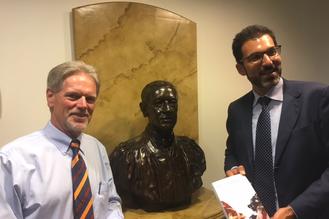 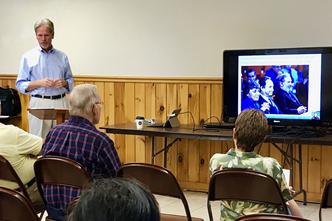 David displays the Russian-language version of his book as he starts a six-city Russian Far East book tour in July 2018. 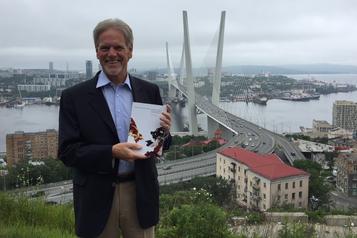 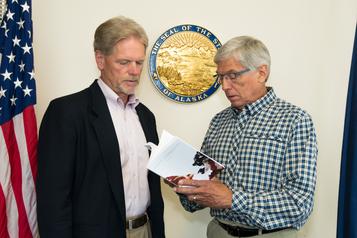 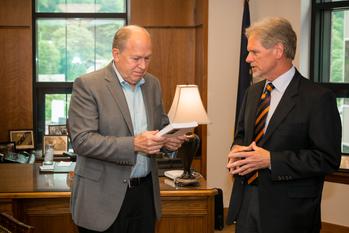 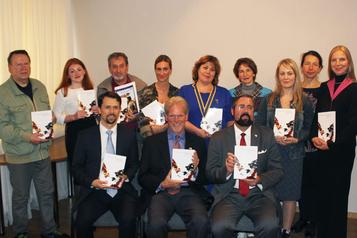 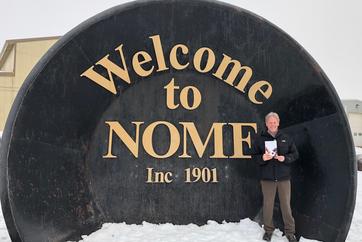 In July in Juneau, I was pleased to meet with Alaska Gov. Bill Walker to present him a copy of the book. I commended the governor for re-joining Alaska to the Northern Forum federation of international governments, including those in Russia 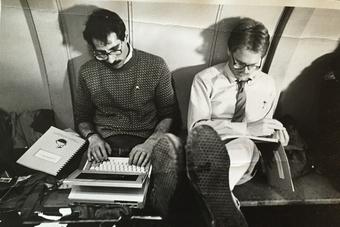 Nome not only features the world's biggest gold pan but was Ground Zero for rekindling relations with Russia across the Bering Strait.

David thanks Deborah Bonito, the owner of Mosquito Books at Anchorage International Airport, for hosting a book sale event in summer 2017.

The director of the Kennan Institute in Washington, D.C., Matt Rojansky, introduced David for a book presentation in September 2017. Here they are joined with a bust of President Woodrow Wilson.