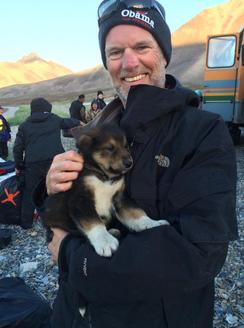 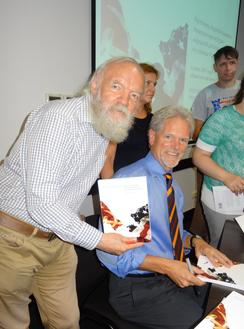 David signs copies of the Russian-language version of Melting the Ice Curtain in Khabarovsk, Russia, July 2018.

Author David Ramseur during a 2016 visit to remote Native villages along the Russian Bering Sea coast. 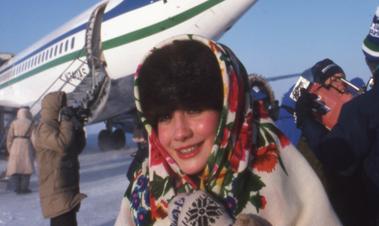 It’s a story of diplomatic daring, where a Juneau peacenik befriends the Soviet Union’s top image-maker and a dedicated endurance swimmer braves the ice-cold Bering Sea. It’s a story of romance, where scores of Alaskans and Russians unite for love or economic convenience. It’s a story of cultural preservation, where hearty clans of Native peoples separated by fifty-five miles of stormy seas struggle to protect a centuries-old way of life in a technological world.

The inspiration for Melting the Ice Curtain comes from the author’s dozen visits to the USSR and Russia, including living and working there in 1993. Before memories of this productive era faded entirely or more of its pioneers passed from the scene, David Ramseur began focused research in 2015. He interviewed more than 130 key players, examined boxes of archived materials around the US and twice visited Russia. He is especially grateful to the Rasmuson Foundation, an Alaska philanthropic organization, for research and publication support and to the University of Alaska’s Institute of Social and Economic Research, which named him a Visiting Scholar in Public Policy. 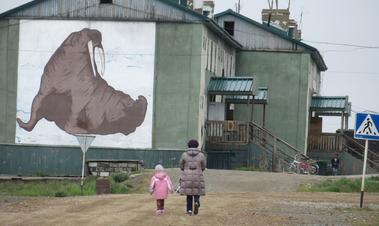 Melting the Ice Curtain is the dramatic story of how inspiration, courage, and persistence by Alaskan and Russian citizen-diplomats stared down the Cold War to bridge a widening gap in superpower relations, a model sorely needed today.

It’s a story of danger, where goodwill missions contemplate the worst while crossing into restricted airspace and waters. It’s a story of political intrigue, where staunch capitalists jockey for fortune and friendship in a resolutely communist nation. It’s a story of compassion, where Alaskans reach deep into their pockets to better life for their Russian neighbors.