David was honored in September 2018 by the Alaska Historical Society with its “Contributions to Alaska History Award.” The award recognizes David’s book, the first comprehensive history of a ground-breaking era in Alaska-Russia history, and his efforts to widely share the story. Since the book was published in summer 2017, he has presented to more than 50 Alaska and Lower 48 civic and historical groups and in July, visited six major Russian Far East cities to talk about the promise of citizen diplomacy in improving US-Russia relations.

Ramseur has published numerous articles about Russia in Alaska newspapers, the Foreign Trade and Investment Review, and with the Kennan Institute, a leading Washington, D.C. Russian think tank. He holds a bachelor's in political science from the University of North Carolina Asheville and a master's in journalism from the University of Missouri. Ramseur is a visiting scholar in public policy at the University of Alaska Anchorage's Institute of Social and Economic Research and board member of the Alaska World Affairs Council. He lives in Anchorage with his spouse, attorney Susan Wibker. 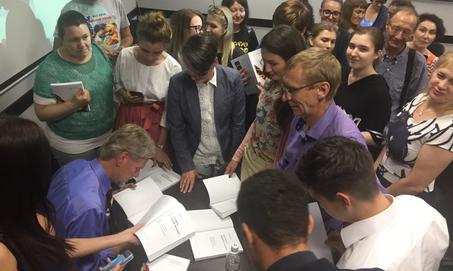 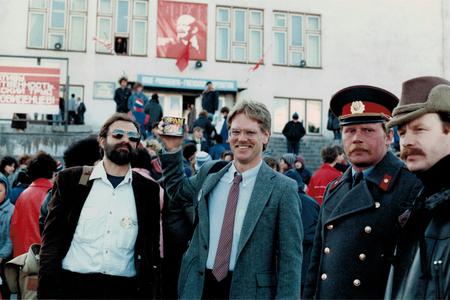 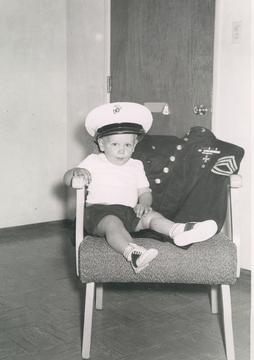 ​David Ramseur moved to Alaska in 1979 where he reported on politics and government in the state and national capitals for the Fairbanks Daily News-Miner and Anchorage Times. Beginning in 1986 for nearly 30 years, he served as press secretary, communications director, chief of staff, and foreign policy advisor to Alaska Governors Steve Cowper and Tony Knowles and to Anchorage Mayor and U.S. Senator Mark Begich. Ramseur has visited the Soviet Union and Russia more than a dozen times starting with the Alaska Airlines' "Friendship Flight" in 1988, and lived and worked in Nizhny Novgorod, Russia, in 1993.

The 1-year-old author with his father’s Marine Corps uniform.

Ramseur and UPI correspondent Jeff Berliner were among the 80 Alaskans on the Alaska Airlines Friendship Flight to Provideniya, USSR, in June 1988.